Sufi life is one of friendliness. There is nothing better we can live for. It offers a change in one’s outlook, deeper understanding, a vast heart that views a wide horizon.
– Hazrat Inayat Khan

Across the various lineage orders of Hazrat Inayat Khan, Sufism in Aotearoa New Zealand has a beautiful intertwined nature with initiates of all orders respecting, participating in and supporting each others events and practices.

In New Zealand, pivotal conveyors of the Sufi Message over the years include Shaikh al-Masha’ikha Halima MacEwan and Salima Love.

The Dances of Universal Peace, a spiritual dance practice brought into being by Murshid Samuel Lewis (a direct initiate of Hazrat Inayat Khan), has played an important role in the spread of Sufism in New Zealand. Catherine and Nasir Grace are the New Zealand representatives of the Sufi Ruhaniat International which carries the Sufi underpinning of the Dances of Universal Peace. Premanand Suleiman of the Inayati Sufi Order Aotearoa New Zealand has also played a big role in recent years in bringing people into connection with Sufism through the Dances.

Some of the essence of Halima’s teaching is conveyed in the following message for young people: 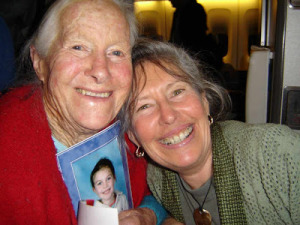 “I want to finish my story with a Message to Young People. Don’t be afraid to speak out. Hold your head up. You are a Divine Being. You are children of the Universe. Remember always that you are beings of light. Each one of you is unique, and important. Without you there would be a gap in the whole manifested Universe. Look out at the stars at night. You are an important part of it all. You matter. The universe cares about you and made you through Love. It does matter who you think you are because you are as small or as tall as you think you are.”
– Halima

Murshida Jamila Cranston-Buckley is the lineage holder for the Inayati Sufi Order Aotearoa New Zealand.
Some thoughts of welcome to the Sufi Path from Murshida Jamila >

The primary purpose of the Message Council is to provide leadership within the Inayati Sufi Order Aotearoa New Zealand, in a manner that reflects our ideals, to support the awakening of humanity to the divinity of all as envisaged by Pir-o-Murshid Inayat Khan. A central guiding principle is to enhance the qualities of Love, Harmony and Beauty in our community and in all with whom we come into contact.